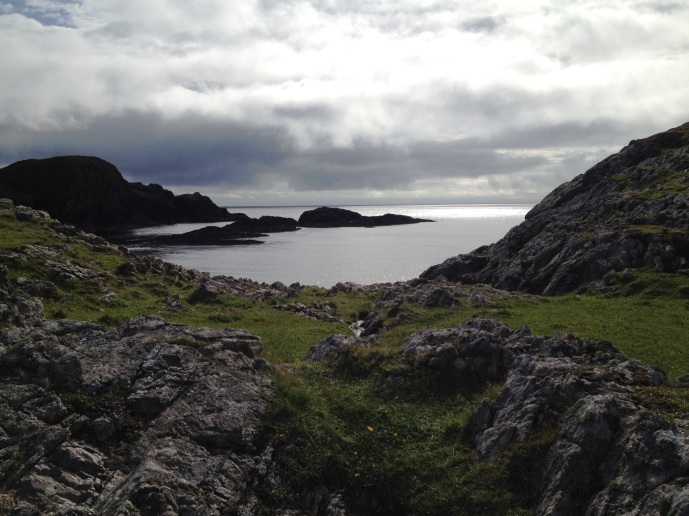 Bambi and I recently returned for our second week on Iona, that hallowed island off the west Scottish coast where Saint Columba brought Christianity to Scotland. It was a privilege to return so soon. Some people wait a lifetime to do so.

But I was most grateful to return to Iona for a very selfish, superficial reason: returning to the two-legged gait of my ancestors and surrendering the rental car once and for all.

For me, driving on the “wrong side” of the road was a daily grind in the art of thinking backwards. It was like revisiting the Waterloo of my seminary education: trying to learn to read Hebrew where one starts reading at the end of the manuscript and works backward. Perhaps due to some defect in myself, I never found this catywampus way of reading or driving any fun.

But for Bambi, my driving on the wrong side of the road was even worse. She had the unenviable task of shrieking with alarm whenever I courted disaster by wandering over to the American side of the road.

Perhaps the toughest part of our driving adventure was the Scottish penchant for single-lane roads. These are narrow roads barely wide enough for one car, let alone two, that weave through the Scottish highlands and isles for mile after endless mile. The only upside is that on a single-lane road, there is no wrong side of the road. There is only the delicate task of regularly avoiding head-on collisions. And not just with cars, but with sheep and cows lumbering down the lane. 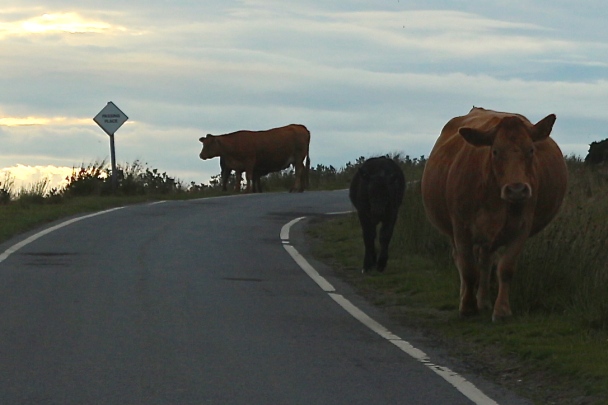 Now in the Scot’s defense, they do regularly create wide spaces in these tiny roads called “passing places.” The idea is that as two drivers approach, one slips into the passing place. Then both drivers nod and wave as one sits patiently and the other goes humming by. This works pretty well on long, straight, highly visible stretches of road. The problem is such roads are in woefully short supply on the back roads of Scotland.

So take a ride with me. You are rumbling down a road at twenty or thirty miles per hour. You wave at the cows or sheep that for the moment, are where they belong in their pastures on either side of the road. You see the summit of the next hill and tense up, wondering what is waiting on the other side. You slow to a crawl as you crest the hill, straining to peep over it to see what may be coming. And then you gasp to see a tourist bus the size of Manhattan quickly filling your field of vision, also known as the windshield.

The bus driver hits the brakes and comes to a screeching halt. Reeling from shock, you do the same. Then, seeing your ashen, bloodless face, the bus driver nods politely, even apologetically, and backs up to the nearest “passing place” a hundred yards behind him. The shriek level in the car subsides as your passenger releases her vicelike grip on your forearm. You engage the gear shift and drive forward, silently thanking the Almighty that once more, your life has been spared. Then, as you drive by the bus driver sitting patiently in the “passing place,” you smile and nod, thanking him too.

So why do the Scots, a smart, industrious people, insist on building these infernal single-lane roads that regularly cause American preachers (and other not-so-saintly saints) to fight a nearly overwhelming urge to cuss? Is it an expression of Scottish frugality taken to the extreme? Or are they hoping to minimize the impact of roads on the environment, making roads so small that cows and sheep feel safe to call them “home”?

No, I finally decided. It is to teach people to be kind, considerate, and polite. Because there’s no way to survive a drive through the Scottish isles or highlands unless one cultivates such virtues. Little wonder regularly posted signs entreat drivers to “Give Way.” Because unless both parties are willing to “Give Way,” as the situation demands, a catastrophic collision is inevitable.

It’s that way in all successful relationships: a certain amount of give-and-take is required. So long as this yielding to another’s pressing need is mutual, the relationship has a good chance of thriving. But if one or both parties lose the capacity to “give way,” whether out of selfishness, frustration, or sheer exhaustion, an impasse or collision soon looms on the horizon.

And so, the New Testament regularly implores and reminds us: “Love one another with mutual affection; outdo one another in showing honor” (Romans 12:10). “Love is patient; love is kind . . . It does not insist on its own way” (1 Corinthians 13:4-5). And this one from the Master: “As I have loved you, you also should love one another” (John 13:34).

So this day, as you survey the horizon of your own most intimate relationships, ask yourself: “Have I lost my capacity to ‘give way’? Am I thinking only of myself and my needs while growing forgetful of the needs of others? Is it my turn to pull over into the passing place and give somebody else room to roll?”

The Scots do this well. They are a kind, considerate people, polite to a fault. One rarely even hears a horn honk.

I just know I’m beginning to think those single-track roads are not such a bad idea after all.

If you’d like to be notified of new blog posts by email, click on the menu icon at the top center of this page (just above the circle logo) and enter your email address in the space provided. 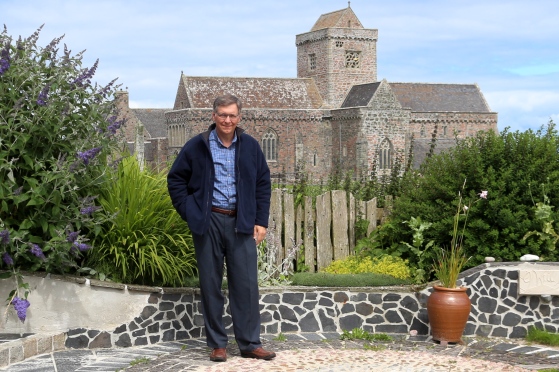